Cities will experience increasingly intense heat waves in the years to come. Part of the solution will come from urban ground treatment and its capacity to accommodate living things, water, and air. The ambition of this project is to experiment with the renaturation of soils through the reuse of asphalt.
February 2022

Focus on Wagon Landscaping in Landezine

The 'Asphalt Jungle' soil renaturation project and its team Wagon Landscaping are featured in Landezine, an online landscape magazine.

Cities will experience increasingly intense heat waves in the years to come. Part of the solution will come from urban ground treatment and its capacity to accommodate living things, water, and air. The ambition of this project is to experiment with the renaturation of soils through the reuse of asphalt.

Devised by the landscape designers at Wagon Landscaping, ‘Asphalte Jungle’ works to remove impervious surfaces and fertilize the soil through the in-situ recycling of the city’s artificial ground cover.

Developed under the FAIRE project accelerator, ‘Asphalte Jungle’ operates in a mineral courtyard in a residential building Rue Carrière Mainguet in the 11th arrondissement of Paris, thanks to a partnership with the social landlord Elogie-Siemp.

The process consists in cutting out the asphalt concrete in the desired form to create space for a garden—here 18 m2 large—followed by the loosening of the underlayer. No material leaves the courtyard at any point. The fertile substrate is created by sorting the existing materials and remixing them in order to recreate a renewed soil we call ‘technosol,’ composed of various recreated horizons that will support plantations. Depending on the desired outcome, soil amendments (compost or potting soil) are also added. The plant palette that is used is highly diverse, consisting of ornamental and regional plants. It is specifically designed with low maintenance in mind. It also improves biological diversity, has a low water footprint, and is intended to adapt over time to the new climatic regime.

This first experiment illustrates the possibility of adapting this urban soil fertilization strategy to the various urban contexts, in particular the challenge of reducing impervious surface cover in its finest details and at all scales. It also reflects the desire to reintroduce the living throughout the city, all the while mitigating the urban heat island effect in Parisian courtyards.

FAIRE is the first accelerator for innovative urban projects, launched by Pavillon de l’Arsenal with the City of Paris and the support of Caisse des Dépôts MINI, and EDF.
PROJECT PARTICIPANTS

Elogie-Siemp
Elogie-Siemp is the third-largest social landlord in Paris and manages a portfolio of almost 30,000 residential units in Paris and the suburbs, representing a total of 70,000 tenants. Boasting more than 500 employees, Elogie-Siemp intends to meet the targets set out by the City of Paris in terms of social housing development and quality of service provided to tenants, while also addressing climate disruption. 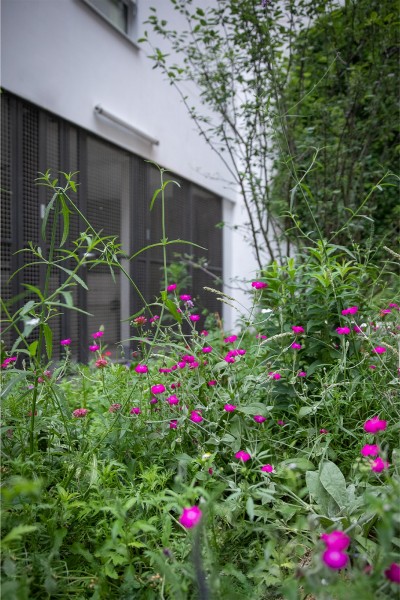 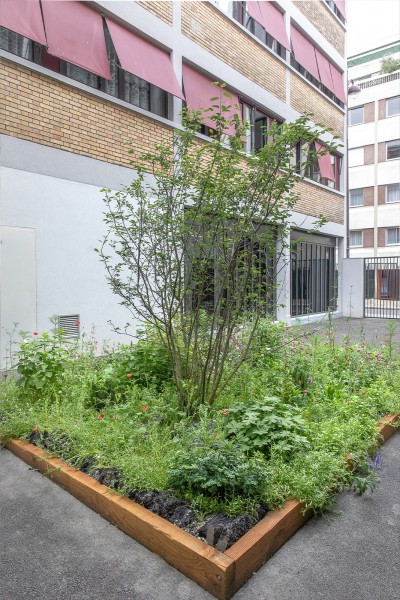 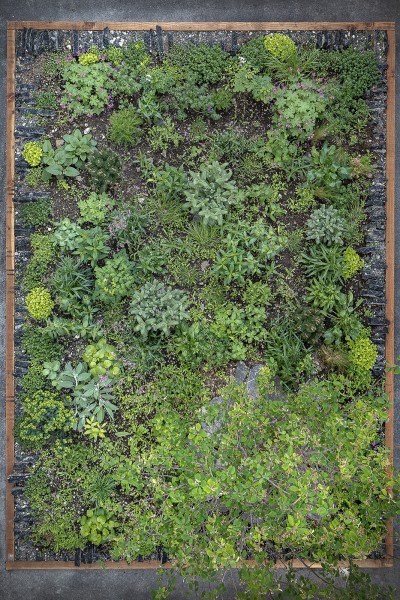 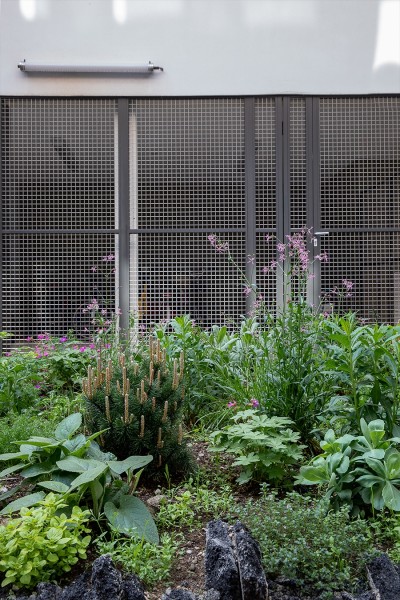 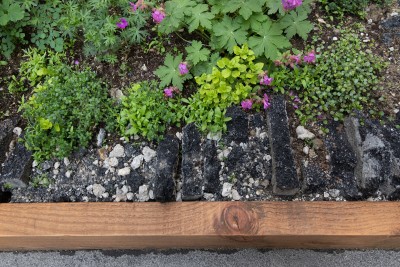 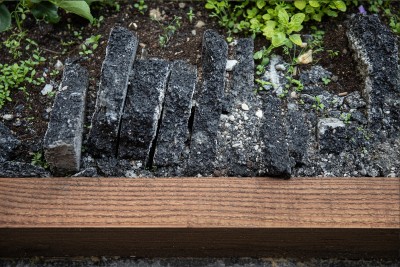 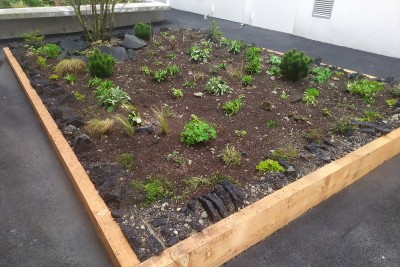 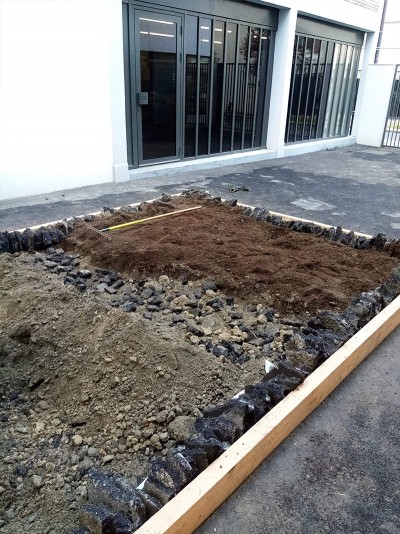 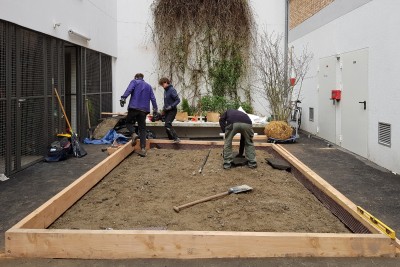 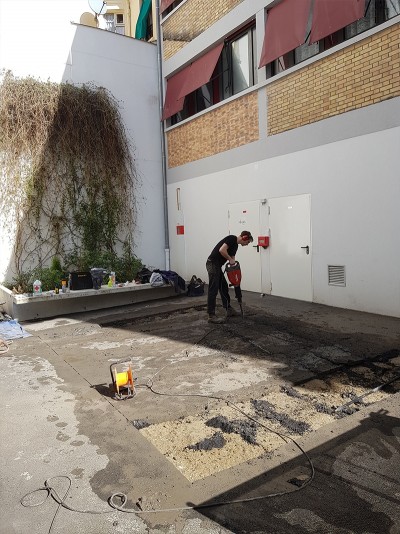 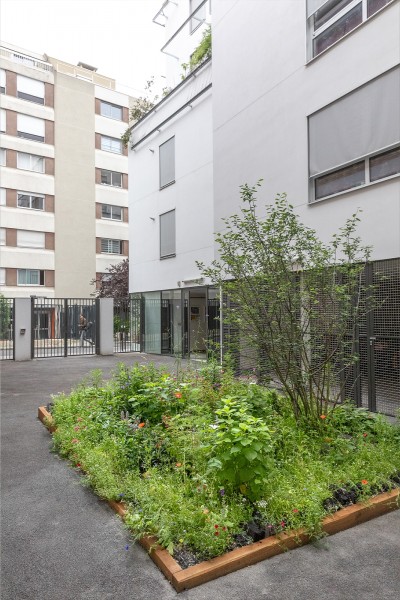 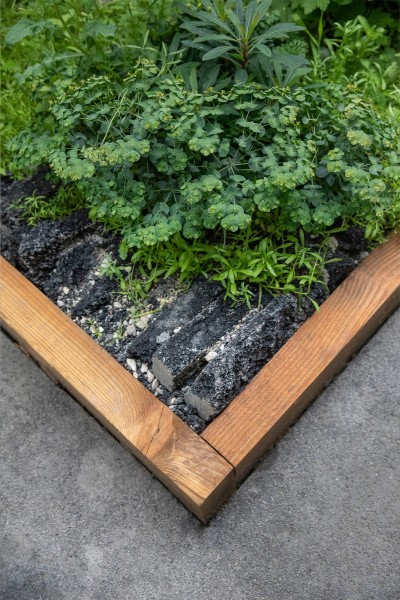 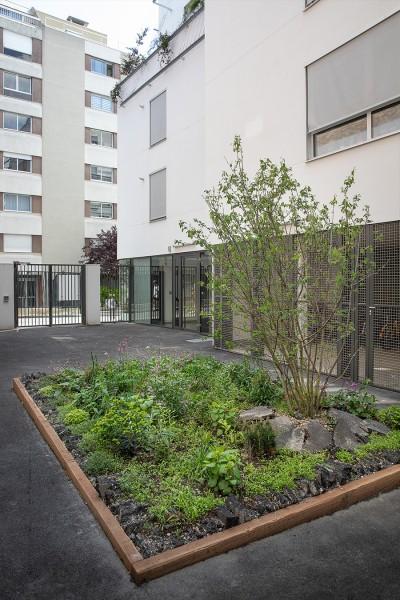 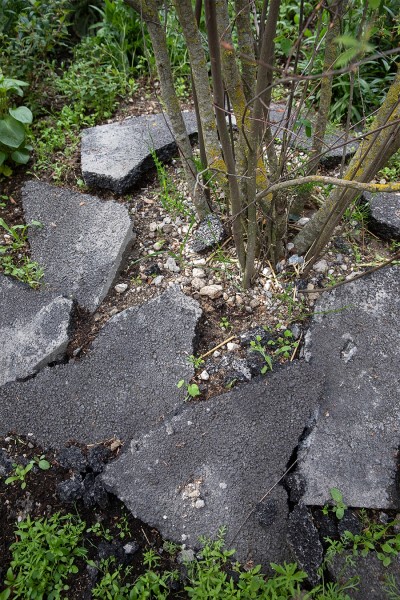 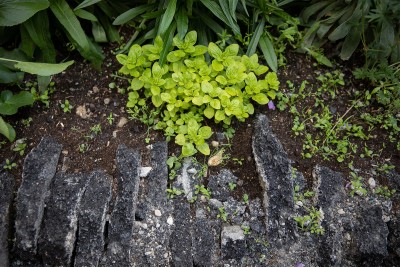 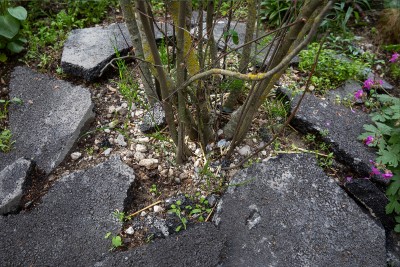 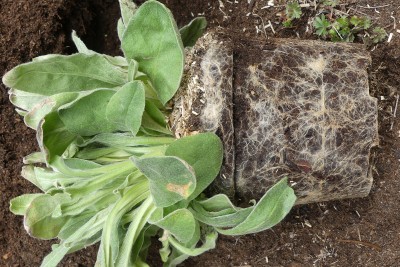 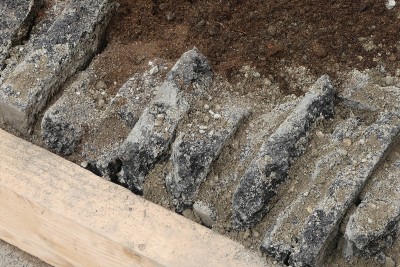 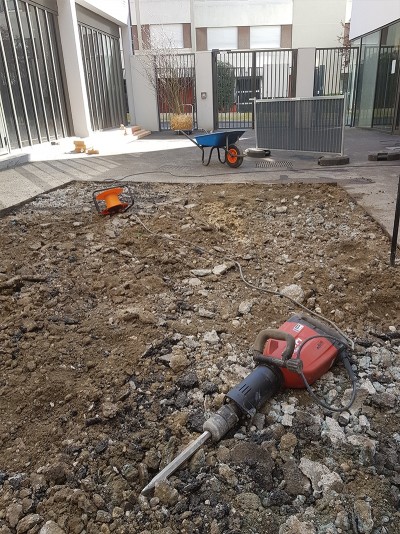 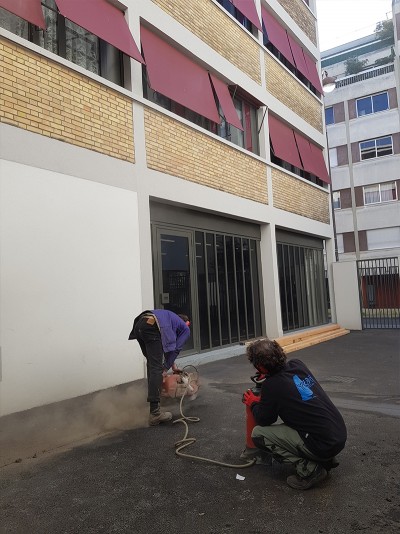 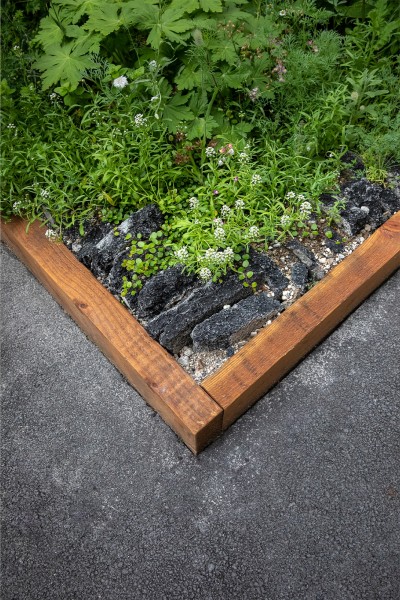 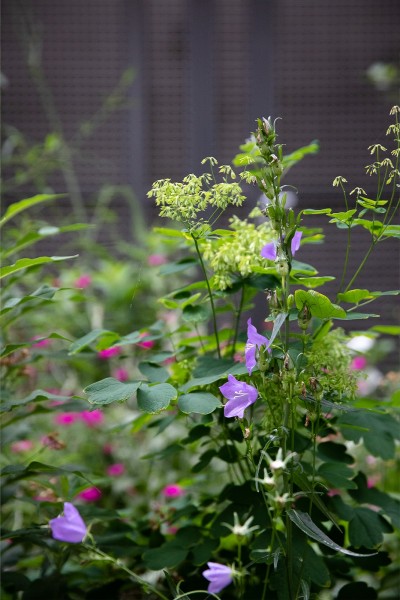 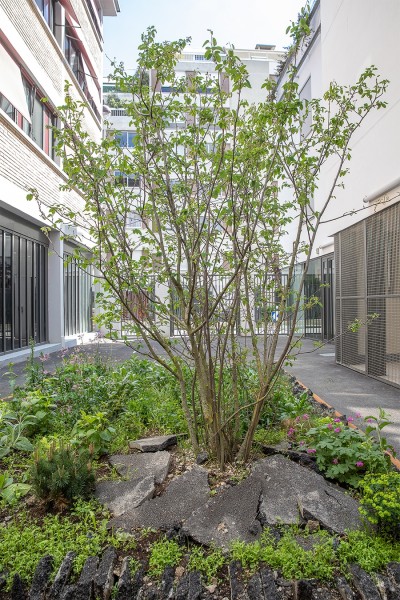 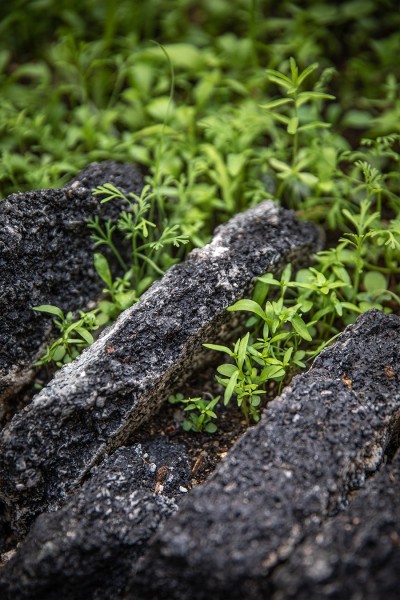 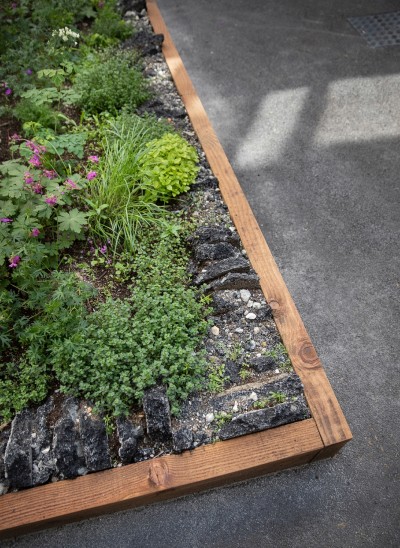 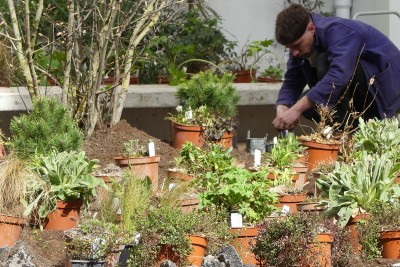 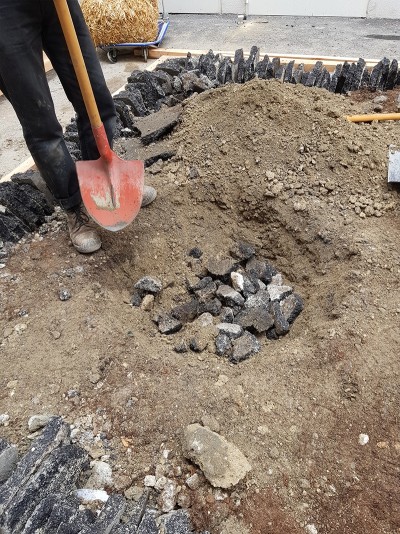 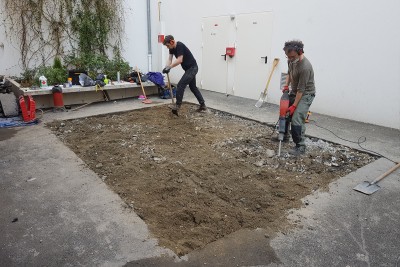 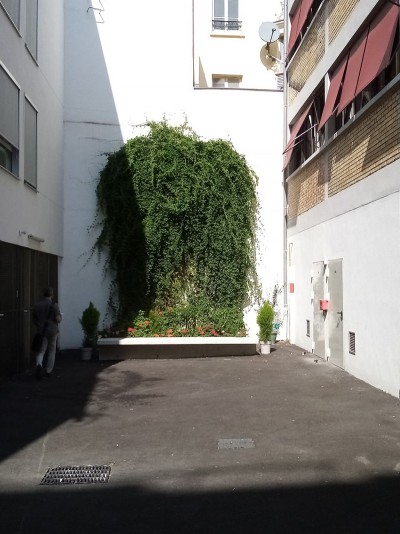