Cities will endure heat waves of increasing intensity in the coming years. Part of the solution to this problem lies in how we treat urban soils and their capacity to host living organisms, water, and air. In several of its landscaping projects, Wagon Landscaping has recycled asphalt aggregate and its underlying strata to transform them into fertile substrata. Somewhat surprisingly, the aggregate does not appear to harm the development of plants; after all, isn’t it of plant origin too?

Wagon Landscaping’s proposal consists of investigating this capacity for resilience among sterile urban soils along three main avenues of inquiry:
-  By testing various methods for recycling asphalt aggregate in fertile soil and testing the dynamics of adaptation among the plants.
-  By using this method as a way to design public spaces frugally and to measure their usage by inhabitants.
-  By experimenting, together with city departments, with extensive gardening techniques to address the issue of biodiversity in cities and to manage the increasing amount of green space they contain.

Wagon Landscaping is a landscape architecture firm founded by François Vadepied and Mathieu Gontier. Their practice comprises “traditional” projects with ones where they design and carry out the project. In this latter instance, the hand builds when it draws, and it draws when it builds. 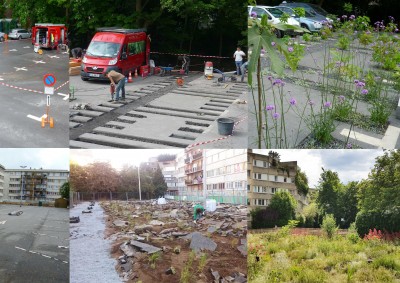 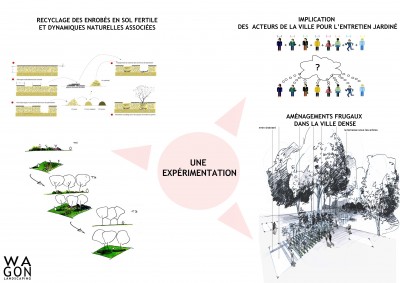 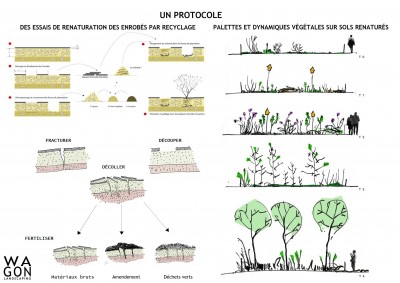