The idea of NP2F is to create a great urban sports building, a meeting of all the disciplines, to write a new page in the history of the virtuous relationship between sport and the city. This 50-meter high Sports Tower will serve as an urban signal, a hybrid building of sports, housing and office space, making it ecologically responsible.
February 2019

Publication of the Sports Tower

The idea of NP2F is to create a great urban sports building, a meeting of all the disciplines, to write a new page in the history of the virtuous relationship between sport and the city. This 50-meter high Sports Tower will serve as an urban signal, a hybrid building of sports, housing and office space, making it ecologically responsible.

The new tower will be situated near the Boulevard Périphérique ring road with several objectives in mind: within the framework of the 2024 Paris Olympics, it aims to recreate a social and generational link through sport, strengthen the relationship between Paris and its inner suburbs and to symbolise the current dynamic of the reinvention of the Grand Paris.

Study: “Sports, portrait of a city”
Paris incontestably lacks sports facilities. Of France’s ten largest towns, the capital city is the best equipped related to its size but one of the worst when it comes to meeting the population's needs. Many projects have attempted to remedy this state of affairs by applying various solutions to all the urban contexts imaginable (underground, on rooftops, in housing estates, lodged between buildings, etc). Sport is thus intimately bound to mastering the constraints of space. For example, golf courses over the world adopt the same distance over their 18 holes as the mythical St Andrews in Scotland; the development of urban sporting activities has meant their constraints have led to the sports themselves adapting to their urban realities: the playing space available and the games being transformed to fit into the limited spaces available.

The Sports Tower
The project densely houses urban sports on the upper floors, mixed with other programmes: offices (a sports association supported by UCPA) and flats. It is similar to the multi-discipline Sports Cathedral currently being developed in Bordeaux, with a wide selection of sports available: squash, paddle tennis, climbing walls, e-sport golf and fitness activities. The Parisian programme will be similarly suited to its specific urban context.

The other programmes will be centred around the new UCPA headquarters. This company’s present HQ, in the 15th district of Paris, is out of date and no longer fit for purpose. The company will move, along with all its associated groups and activities, to the future Sports Tower. This will give a social and environmental meaning to the project (social integration through sporting activities and initiation for those on various forms of assistance). Thus, UCPA, a well-known multi-generational actor in direct contact with a young public, has established a partnership with the WWF for the protection of species in their natural habitat. In addition the UCPA will bring to the table themes, such as handicapped populations, through its various contracts with the FFH, the FFSA and APF.

The building’s use will be widely diversified, thanks to these objectives being clearly established by the various actors involved, and will sow the seeds of emulation in its users. In a similar way to Bordeaux, shopping areas could be built on the ground floor, to give a strong chronotopical aspect to the area.

A housing area in the programme was deemed necessary to ensure a proper diversity of uses and also to balance the books from a financial point of view.
Finally, the project will be vertically organised to answer fire safety criteria, with all the sports and office areas under 28 metres from the ground (the highest accessible floor) and the habitations between 41,60 and 50 metres. A sports terrain 14 metres high will be built between the two spaces; either a practice golf range, badminton or football courts, with a view.


Produced by NP2F and UCPA

NP2F is an architectural agency specialising in developing sports projects. Its fields of activity are widely diversified, including theoretical research, experimental and innovative projects, confronting sports areas to urban contexts. The agency is currently working on
The UCPA
Initially a charity created in 1965 to allow access to sport for all, it was recently split in two: UCPA Sports Loisirs, created on the 16th October 2014, to cater for sports and leisure, and UCPA Sports Vacances to cater for sports holidays.

The UCPA association favours access to sports for all in a social and humanistic objective. Its governing structures and its functioning are based on the same model as various youth associations, sporting federations such as the Comité National Olympique et Sportif Français (CNOSF), public institutions, notably the Ministry of Sports. 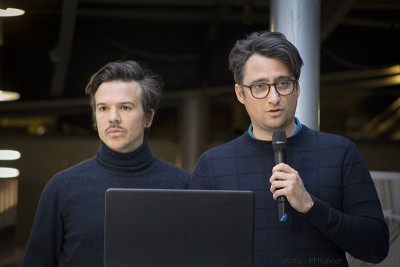 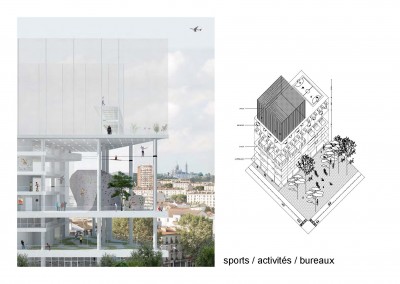 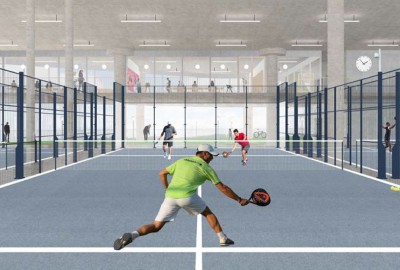 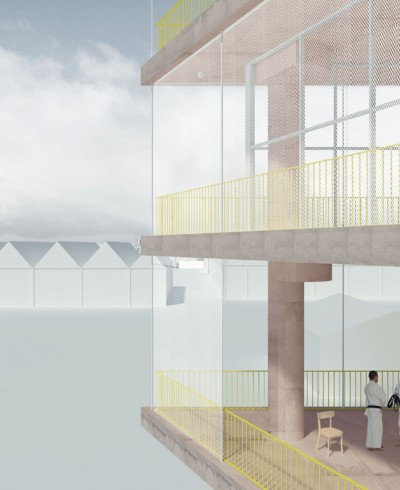 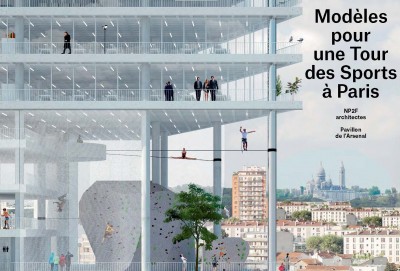 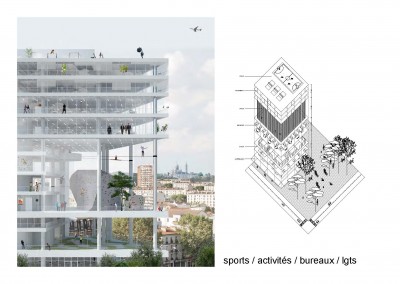 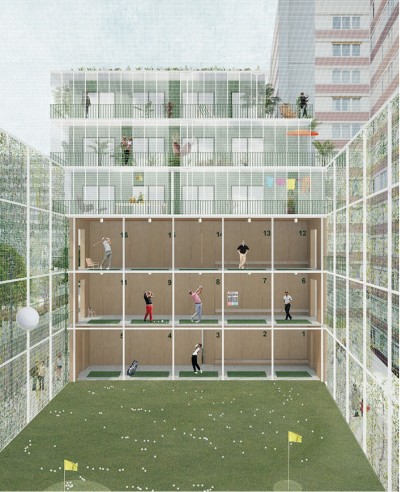 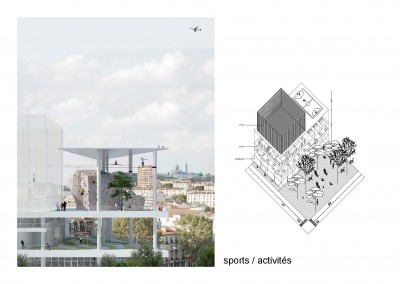 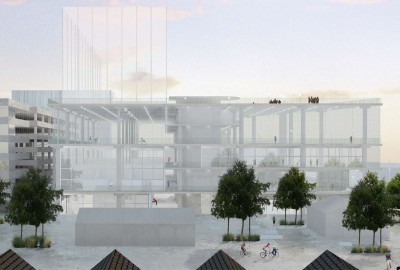 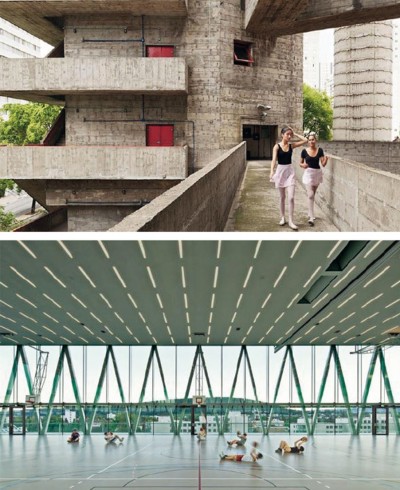