M.E.G.A. - Module for the utilization of clay deposits

Niveau Zéro Atelier presents at the Pavillon de l'Arsenal a production of green clay objects made directly on the construction sites of the Paris region thanks to their mobile platform.

At the Floréal Belleville, exhibition of a collection of furniture articulating together aluminum from reuse and earth collected in the construction sites of Greater Paris.

NOVEMBER 2022 : FAIRE CLUB
Meeting and presentation of the project progress by Souleimen Midouni & Pietro Mariat at the Pavillon de l'Arsenal, during the FAIRE CLUB on Monday November 7, 2022.


Exhibition presented at the Pavillon de l’Arsenal as part of the Paris Design Week and the France Design Week
Free entry from September 8 to 25, 2022

Though design is, by nature, approached through form, contemporary objects are primarily about flows. They tie up, for a time, a certain amount of materials and energy that contribute to their making. Their manufacture involves multiple inputs of production, including materials extracted from mines and deposits, and draws on technical capabilities to duplicate manufactured parts. On a medium and, particularly, a large scale, there are a number of current challenges surrounding production that are highly relevant, including resource depletion, energy use, transport distance, and end-of-life management. Can we still provide the same level of value and pleasure while reducing the impact of production flows? Such is the ambition of the three projects undertaken by Clarisse Merlet, Niveau Zéro Atelier, and Lucie Ponard. Each calls into question the resources, localities, and shaping processes.

Exhibition presented at Floréal Belleville, Paris 20
from September 29 to October 03, 2021
Alongside a design practice that proposes alternative methods of production, Atelier Niveau Zéro presents a more mysterious part of its universe. The result of a year of work spent listening to the weather, Météorologies is as much a statement as a gesture of invisibility. In a desire to develop a porous practice open to other skills, this collective exhibition was created with Juliette Berthonneau (textile designer), Gabriel Lévy (cook), Étienne Clerc (graphic designer) and Simon Sixou (curator).
It is structured around two spaces. In the first, we discover a collection of furniture (shelves, benches, chairs, tables, carpets, game trays, water fountains...) that articulates two materials: aluminum from reuse and earth collected in the construction sites of Greater Paris. The second one gives to see a setting in scene of the elements which surrounded its manufacture: deposit of raw earth, clay in rest, totems of aluminium and edible matters... In the reverse of a normalized and polished space, they reveal the anatomy of a process of work charged of a dimension which exceeds the field of the visible one.
Thus, the group affirms the coexistence of two types of thoughts. The rational one wants to foresee, form and constrain the materials. The other, more magical, invests reality with a productive uncertainty, and loads the functional discourse of subjectivity. This fertile coexistence, Niveau Zéro Atelier wants to use it as a tool. A tool that could be used to make islands of stability capable of resisting the uncertainty in which contemporary contradictions leave us.

“M.E.G.A. (which stands for Module d’exploitation de gisement argilifère, literally the Module for the Utilization of Clay Deposits), is a mobile platform for the production of ceramic objects that is plugged in to architectural projects to put to use any layers of clay that are uncovered during the excavation phase. Our research stems from a desire for autonomy and a return to local production, which we wish to reconnect with the resources from the surroundings and the people living on the lands of the Greater Paris. How can a deposit and its resource be developed? Our practice is built on the parallel exploration of deposits within a territory as well as the resources they contain.

We believe in-situ production is part of the solution to these issues. The M.E.G.A. semi-industrial research and production tool brings together all the stages of production of terracotta objects, from the transformation of the crude clay into usable raw material to the firing of the objects obtained.” 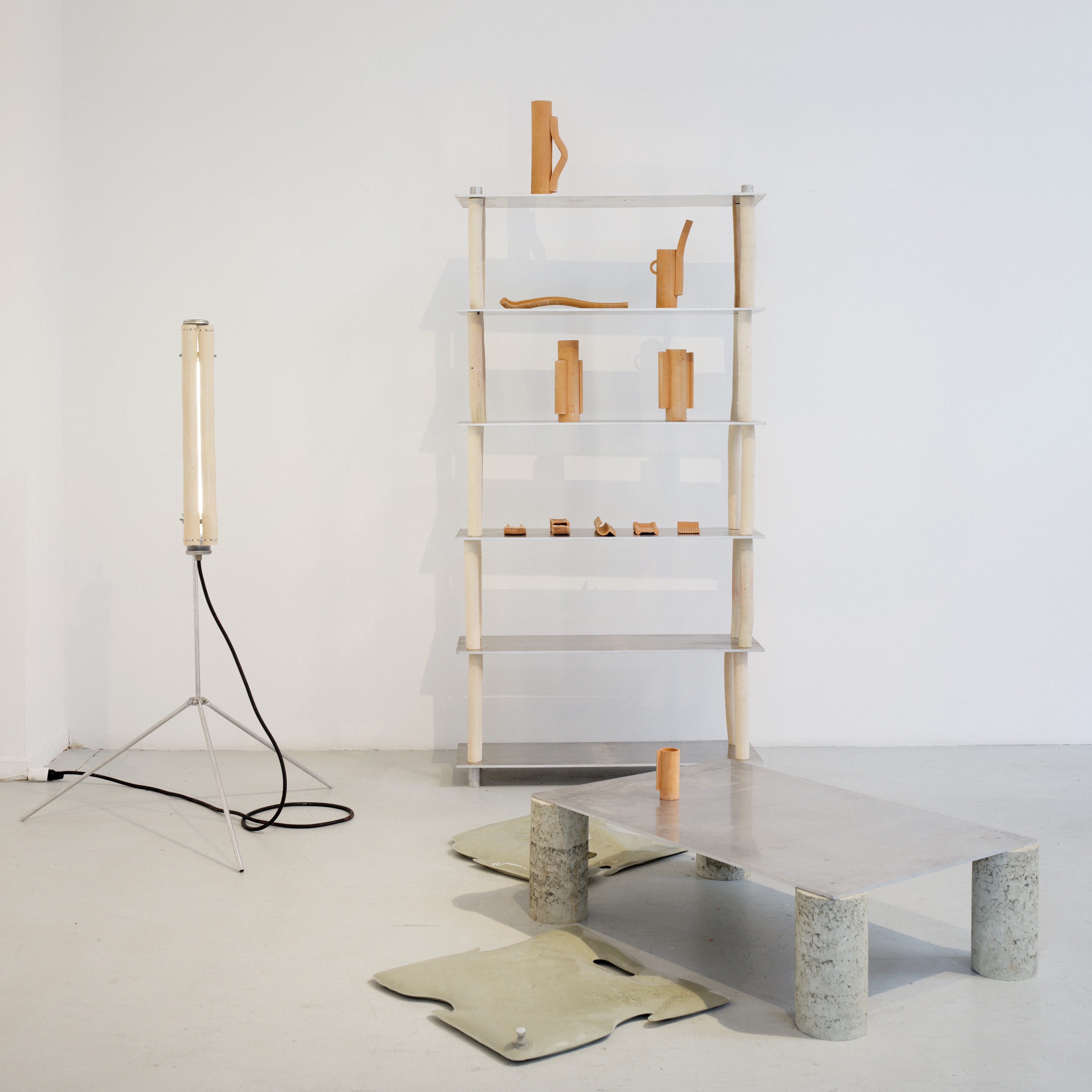 Niveau Zéro Atelier - N0A
Niveau Zéro Atelier- N0A is a workshop for spatial research and production, and all other volume-based forms, both poetic and functional. Its members hail from horizons that are closely related to one another — architecture, design, and plastic arts — and strive to pool their knowledge to think about both the use of objects and spaces and the poetic power attached to that use. The projects it engages with all touch on the key issue of territory, extending from the scope of a gesture to that of an entire environment. 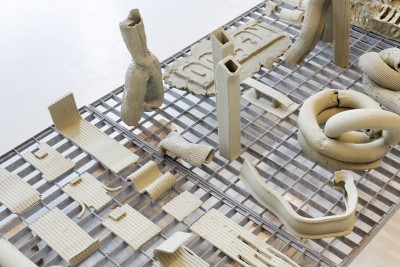 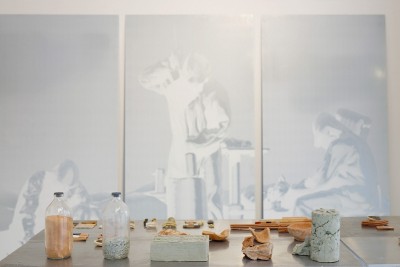 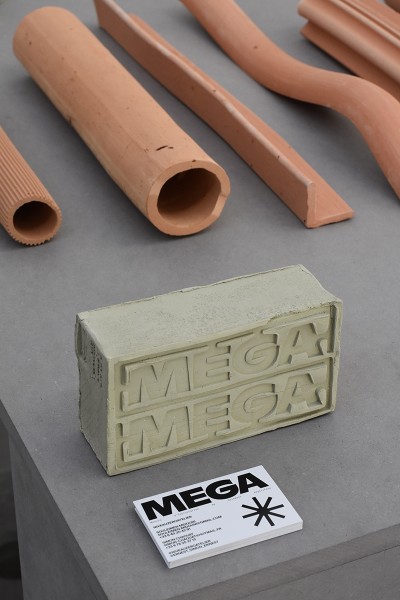 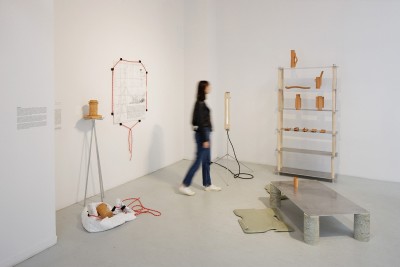 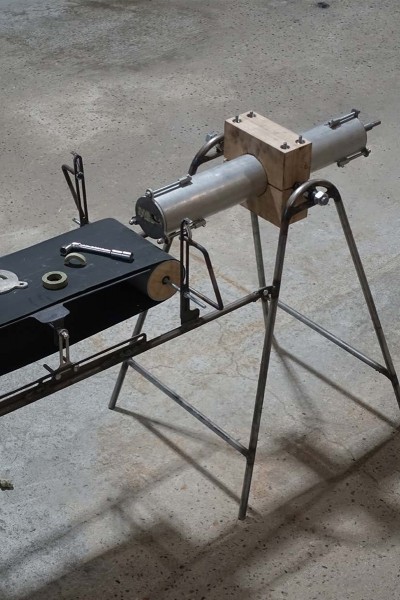 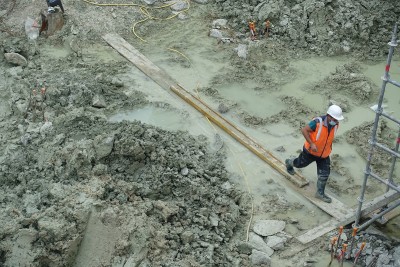 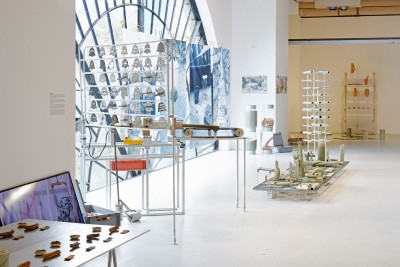 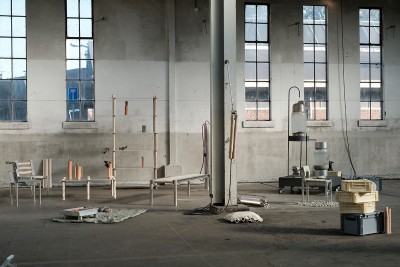 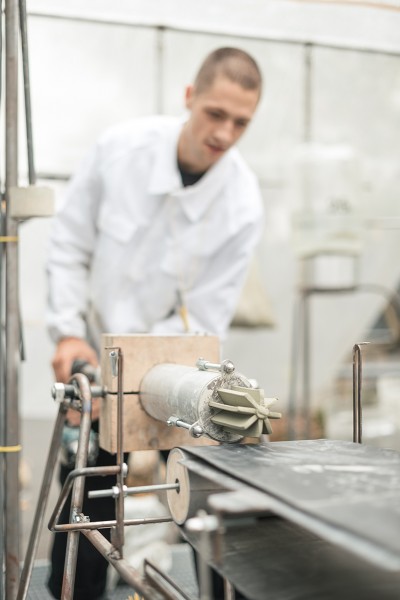