Smart Bicycle Parking, deployment in the centre of Paris

" Paris has set itself the ambitious goal of having 15% of all movements made by bicycle by the year 2020. This will require the city to transform itself in certain ways. Alongside the creation and expansion of bicycle lanes, the question of bicycle parking also needs to be addressed, both from a regulatory and spatial perspective. This has been rendered all the more imperative by the appearance and spread of “free float” bicycles, which exacerbate tension in the public space by offering users the ability to “park anywhere.”

Bicycle parking is currently somewhat scattered due to the relatively high tolerance of parking in “gray areas,” the scarcity of parking spaces reserved for bicycles (1 for every 425m of roadway in Paris, on average), and the difficulty of getting citizens to respect the exclusive usage for these spaces (especially by two-wheeled motorists). We assume that the current parking system will not sustain much of an increase in the number of bicycle users (conflicts over the use of public space, security issues, people who stop riding due to an insufficient supply, parking needs, etc.) and that the increase of parking spaces reserved for bicycles using the current model (by eliminating car parking spaces and installing bicycle racks) to meet user needs is too expensive.

Therefore, we propose densifying the grid of bicycle parking spots, better adapting the parking spaces to uses that render free-floats (“door to door”) more possible and visible, and multiplying the number of parking spaces by creating the conditions for the best use of roadway spaces that currently remain underutilized. "

HOW DO WE IDENTIFY THESE SPACES?
We propose testing an initial governance model at the level of the micro-neighborhood or a portion of roadway by initiating a dialogue between roadway users, businesses, residents, and cyclists about the possible places for parking bicycles in such a diffuse manner.

HOW DO WE FORMALIZE THEM?
We propose testing road markings that are clear, frugal, and flexible.

HOW DO WE EQUIP THEM?
There are attachment methods between bicycle racks and a total lack of equipment to be designed and tested (attachment to the ground, certain kinds of railings, or to urban fixtures).

HOW DO WE GET THEM TO EVOLVE?
We envisage “revision” measures to develop localization, the parking areas, and the equipment in the parking areas created, of course with the involvement of all concerned actors. "

Vraiment Vraiment is the result of the merger of Talking Things and Plausible Possible, two pioneering firms for urban design and the crafting of public policy in France and in Europe. We have a strategic and far-reaching vision of public policy and the actual shape that they taken in our daily lives as residents, citizens, and public actors.

Vraiment Vraiment has extensive experience in urban planning. We help local governments in their efforts to envision, innovate, and transform their communities, alone or in partnership with architects, urban planners, programmers, and real estate developers. The firm engages in all phases of project design in collaboration with users. Vraiment Vraiment has led projects involving immersion and comprehension of local areas and transitional urban planning projects, such as the Gare du Nord in Brussels (Labnorth.be / 35,000m2 of temporary occupancy in the northern area of Brussels since January 2018) and urban furniture to test temporary programs (150 urban cafeteria kits used in Brussels, Saint-Étienne, and Paris since 2014). 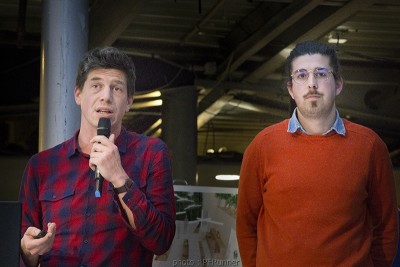 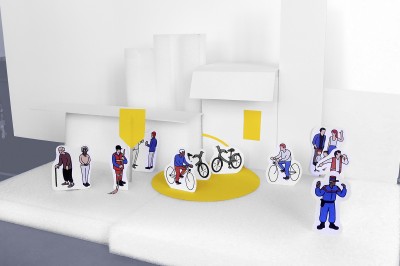 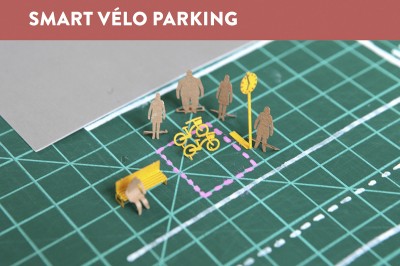