Aéro-Seine Designed by Isabelle Daëron, Aéro-Seine is a cooling vent connected to the non-potable water network that helps cool the air in exceptionally hot periods using an overflow device that promotes contact between water and air.
2020

Installation of the first climatic puddle

Installation, as part of the redevelopment of rue Blanchard, Paris 20, of a refreshment outlet, designed by Isabelle Daëron, connected to the non-potable water network

Designed by Isabelle Daëron, Aéro-Seine is a cooling vent connected to the non-potable water network that helps cool the air in exceptionally hot periods using an overflow device that promotes contact between water and air.

"Dense, highly built up cities will have to increasingly face the challenge of heat islands. In Paris, average daily temperatures are already on average 2-3°C higher than in the rest of the Ile de France, and this difference between the metropolis and its surrounding rural areas can be as much as 10°C. Scientists are predicting an overall increase in average global daily temperatures of 2-4°C with an increasing number of heat waves, which makes Paris’ adaptation to global warming that much more urgent. We have to envision new means of cooling the public space now.

The City of Paris possesses something that may provide an answer: its network of non-potable water, designed in the mid-19th century to irrigate green spaces and clean streets using water drawn from the Canal de l’Ourcq and the Seine. Its infrastructure, which consists of a network and filtration plants produces water that is cheaper and less energy consuming than potable water. So, how can we cool the public space using non-potable water, while still respecting sanitary regulations?

To answer this question, we have envisioned the principle of a cooling vent. Like watering and cleaning taps in the street, the cooling vent would be connected to the non-potable water network and could be opened by a city employee during heat spells. The device works on an overflow principle. Once opened, the water rises and spreads across a porous, quartz surface that increases the contact between water and air to help cool the ambient air.

In a study on the future of Paris’ non-potable water network, the Paris Urbanism Agency, or APUR, estimated that “the combination of aspersion and a specific road surface will yield spectacular results… sun-struck surfaces must be watered before 10 in the morning and after 4 in the afternoon at the rate of one liter per m2 every 30 minutes (or 2 liters per m2 per hour). This process lowers air temperatures by approximately 2°C in the morning and 4°C in the afternoon.” Road surface watering tests conducted in Paris in July 2017 by researchers from LIED and Université Diderot recorded temperature differences of almost 15 °C at the ground level, with an effective temperature drop of up to 1.5°C.

An initial cooling vent prototype has been constructed, but it now needs to be tested in the urban environment to evaluate the cooling performances under real conditions. As part of the FAIRE URBAN DESIGN call for tenders, our project consists of the design of a cooling vent adapted to a site in Paris. For example, the device could be integrated in highly constructed zones in the process of reconversion, such as Porte de Vincennes, Porte de Versailles, or Porte de France.

The challenge is to select an experimental site (congestion, adaptation to the existing water network, creation of a site-specific) and to test its performance in terms of cooling the public space (through measurements and studies) as well as its integration in the urban landscape and the uses of the public space.” - Isabelle Daëron, designer / Ogi, bureau d’études / CSTB

OGI design firm
OGI is a design firm specializing in studies and works on the design of public spaces. OGI’s 58 engineers and technicians provide the necessary technical competencies for designing projects ranging from roadways to networks, civil engineering projects, water management and purification, green space, reclamation, and regulatory dossiers, among many others. 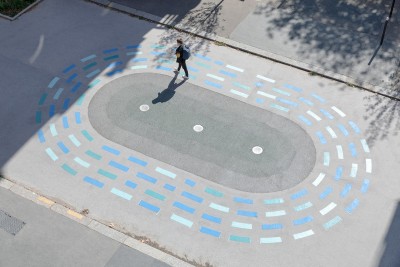 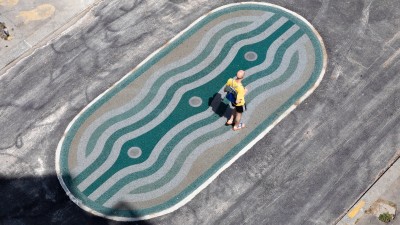 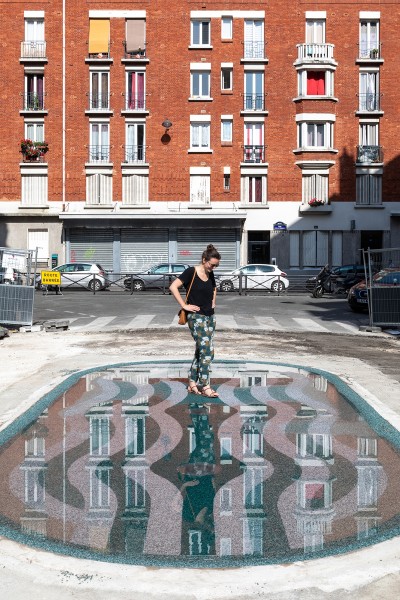 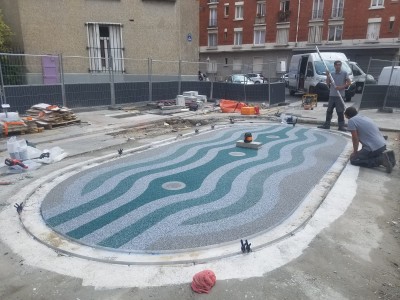 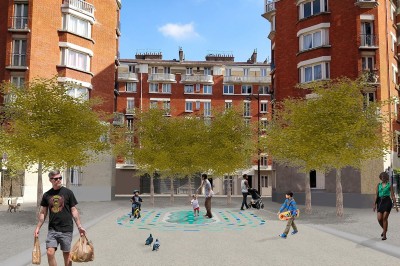 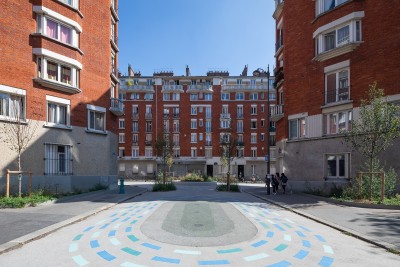 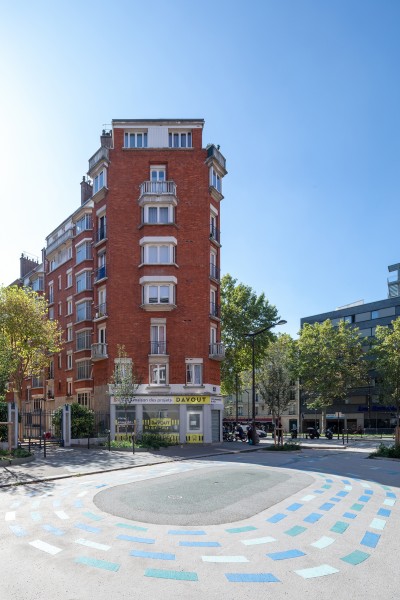 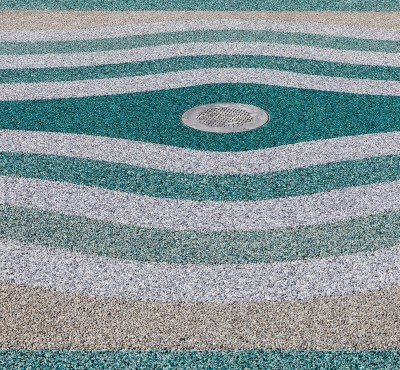 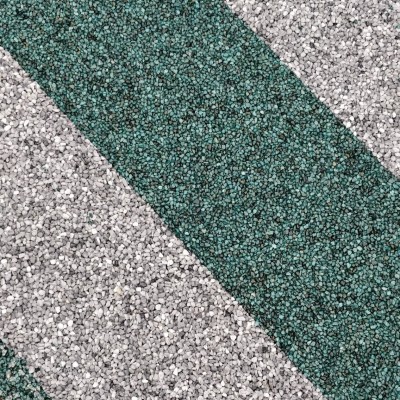 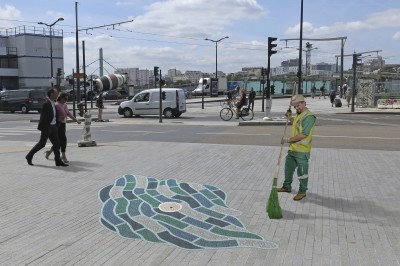 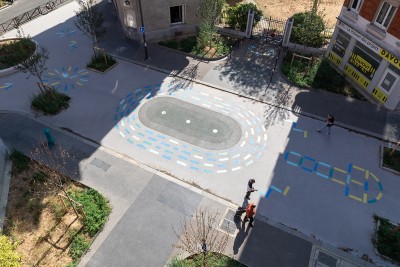 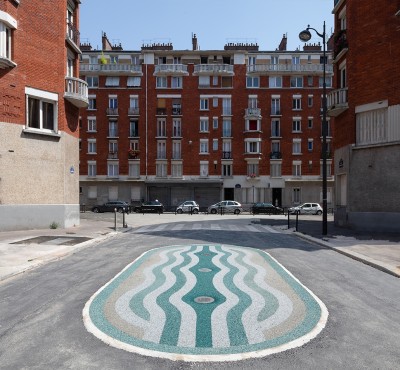 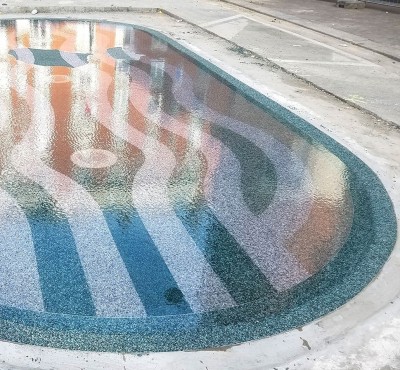 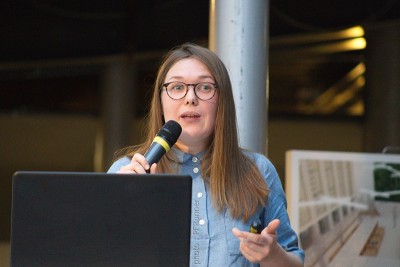 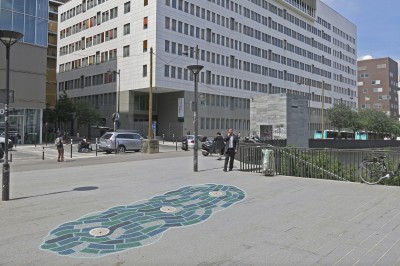