Frichkit Frichkit is a project for transportable, easily built and dismantled workshop kits. Using innovative construction methods and ecological materials such as cardboard, they are set up in specific urban contexts, such as waste or abandoned lands, brownfield sites, etc...
March 2019

Frichkit is a project for transportable, easily built and dismantled workshop kits. Using innovative construction methods and ecological materials such as cardboard, they are set up in specific urban contexts, such as waste or abandoned lands, brownfield sites, etc...

At the moment, Frichkit is a pilot project, partnered with Carton Plein. This new and growing charity needs to operate in a flexible, innovative framework and wants to develop together a concept of mobile workshops to allow them to exercise their activity in various contexts, as needed.
After designing and building the prototype on site, we would like to develop this project in other structures and places, and for different uses.
Many associations, artisans and actors in the social and charitable sectors are looking for local premises. These young structures are mostly active in the urban heartlands, so finding local premises is a priority. They may well be on a short-term basis, needing to be adaptable, extensible and possibly mobile.
There are now a number of projects in place, occupying small spaces in bigger sites, such as the Grands Voisins project in the old Saint-Vincent de Paul hospital (82 Avenue Denfert Rochereau, Paris 75014), set up over 18 months ago by A+1 and Carton Plein.

Phase 1: Studies
Carton Plein has several objectives in each project: establish a work place and showroom, for sales and meetings. So the requirement is for a system that transforms from workshop to salesroom, to office space and so on.
The team has been designing a highly mobile workspace based on a kit of structures, walls, furniture, etc, easily transportable and to be built in show places, wasteland and various other spaces.

Phase 2: The prototype
The first full prototype will include all the structure, with complete architectural and technical input and will cover about 20m2. It will be constructed on the Grands Voisins site and will be able to move to others, such as Design Shows, the Pavillon de l’Arsenal and various architectural schools.

Phase 3: Construction
Once the pilot is built, shown, tested and improved, the basic kit will be duplicated and increased to about 100M2 to become a viable space. It will then be put up on a site for a given time to become Carton Plein’s new workspace.

Phase 4: Duplication
When the project is functionally used by Carton Plein, the team wishes to reproduce it for use by other structures in other contexts: temporary events housing, architectural offices, wasteland occupation, etc.
PROJECT PARTICIPANTS

Atelier A+1
Seven creative professionals created Atelier A+1: three architects, a sculptor, a video and theatre director, a graphic designer and a video artist with the aim of integrating their various skills in various projects. Three HMONP architects from the group are involved in the project (Caesar Bazin, Octave Giaume and Ines Winckler).

Carton Plein
The association Carton Plein 75 has re-used thousands of cardboard boxes to do hundreds of house moves by bicycle only, employing only people in situations of exclusion. Their mission is to move these people far removed from the world of work to social and professional inclusion: the homeless; those on very low revenue; the unskilled; those living in precariousness, etc... 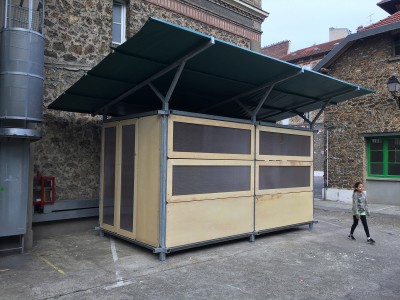 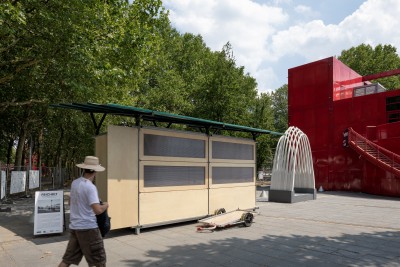 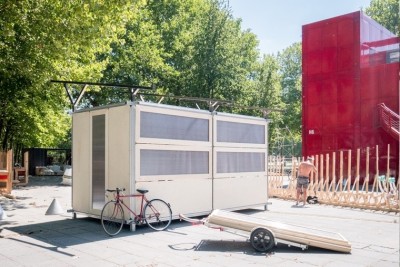 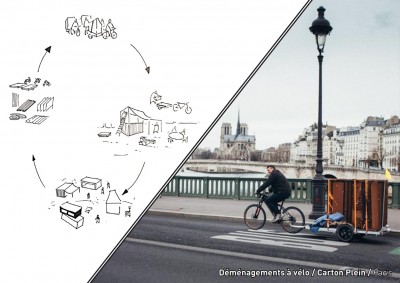 A NECESSARY MOBILITY, A nomadic and adaptable workplace 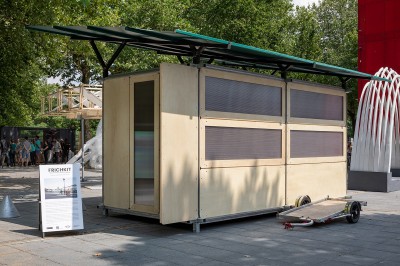 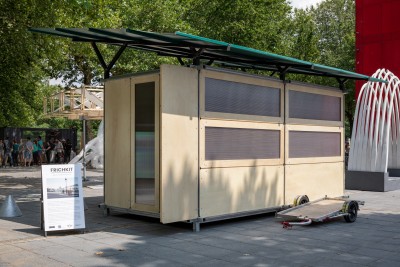 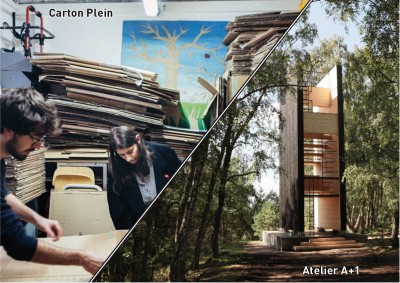 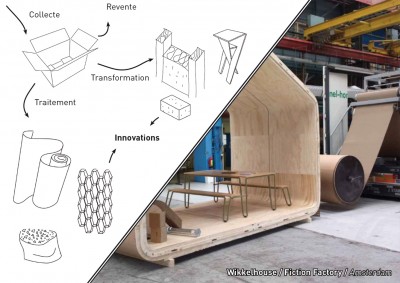 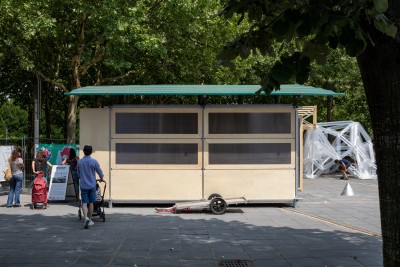 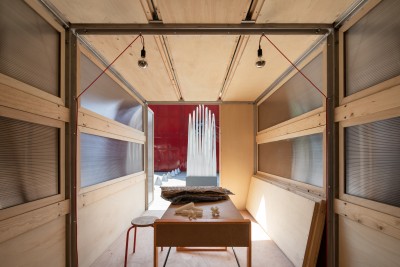 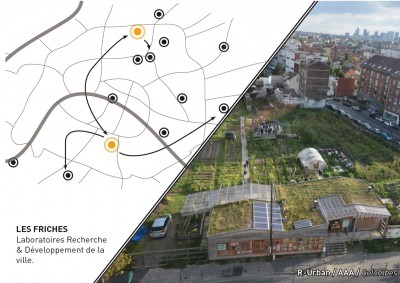 EPHERE TERRITORIES, The potential of wastelands

Insertion in the bastion for the Aurore association