The Earth Pavillion is built!

Discover this raw earth prototype on the ActLab stand during the Bellastock Festival, located on the urban development zone of the eco-district of the Île Saint-Denis.

The Earth Pavillon, a 30m2 prototype in raw earth, was presented on the 15th of July 2017 during the Bellastock Festival on the site of ActLab, laboratory for re-use on the Urban Development Zone of the eco-district of the Île St-Denis.

Faced with the millions of m3 of earth resulting from the Grand Paris construction, Bellastock, CRAterre and Palabres is attempting to identify possible uses of rubble for construction and urban renewal in and around Paris.

The project lies on the crossroads of pedagogy, research and development and relies on studies, led by the AE&CC research unit and the Bellastock association to value the excavated soil’s worth, in situ, as raw earth building material. It has also relied on teaching to help it develop for the past several years at ENSA Grenoble and during the Bellastock festivals organized every year for 11 years. It has already involved more than 10 000 Architecture school students. In their case, more than 500 registered students are mobilized for the Bellastock festival in 2017.

The ambition is to lead a first series of experiments for a prototype on the site of ActLab, the re-use laboratory situated on the Urban Development Zone of the eco-district of the Île St-Denis, and on the 2017 Bellastock festival site.

They then could, along with the architecture students from all over France, carry out level one testing of various possible uses of the raw earth material following innovations beforehand defined by the researchers of the laboratory CRAterre and the Bellastock association.

The prototypes exposed and used during the July 2017 festival, will be of use to them to test various raw earth materials made from the excavated soil taken in situ from ActLab with their local partners. They could then validate the technical feasibility, the means of implementation/prefabrication, the spatial coherence, the qualities and contributions in a comfortable situation...

Several preliminary stages in experimentation are essential to ensure the legitimacy of their initial postulates:
- characterization of the extracted soil,
- definition of materials tested according to the composition of the site’s soil,
- finalization of a methodology rendering the procedures replicable on other sites,
- etc...

They will carry out this experimentation work in close links with various finalized or ongoing research projects (HabiTerre & Bois, l’Usine mobile). This prototype will also enable to raise awareness, exchange and demonstration with project owners, project managers and those involved in construction concerned by this subject who have already considered it, in particular the EPA Marne.

The aim is that this prototype will be forewarning of ‘real’ constructions within the Paris region, carefully designed and using raw earth following the developed paths, and inspired from the work done in metropolitan Grenoble with their Terra Nostra prototype and from the current size evolution of the collective housing prototype developed by the social lessor Actis as part of the HabiTerre & Bois framework.

The team associates several privileged, solid, motivated partners who come together willingly to work collectively on projects that associate both experimentation and research. Their motivation is to promote constructive and alternative architectural solutions for the housing of tomorrow by valuing the excavated soil with the Grand Paris. The multidisciplinary team shares its skills and respective experiences through an dilligent R&D department.

BELLASTOCK Association
An association of Architect-Builders focused on the problems re-use can create.

Valorisation of excavated soil as a raw earth material.
Prototype – prefabricated wood structure.
Use of raw earth for filling, finishings and interior and external coatings.
Constructive system allowing us to test other techniques using raw earth over time.
Innovative Prototype for “real” constructions within the Paris region. 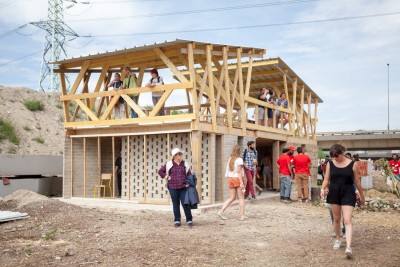 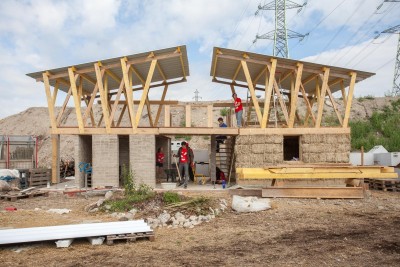 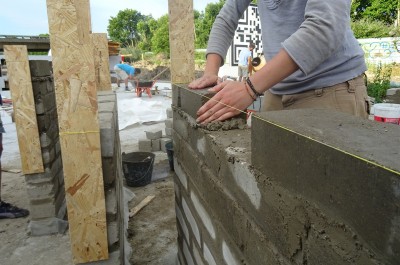 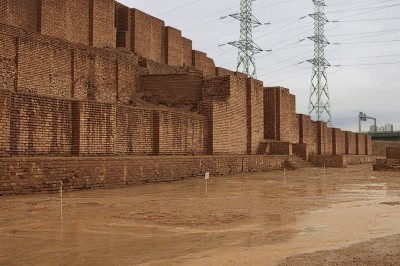 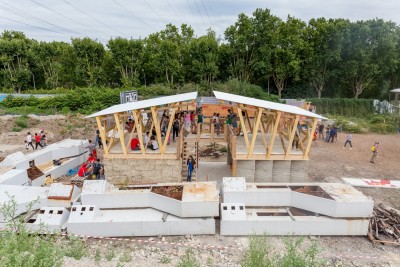 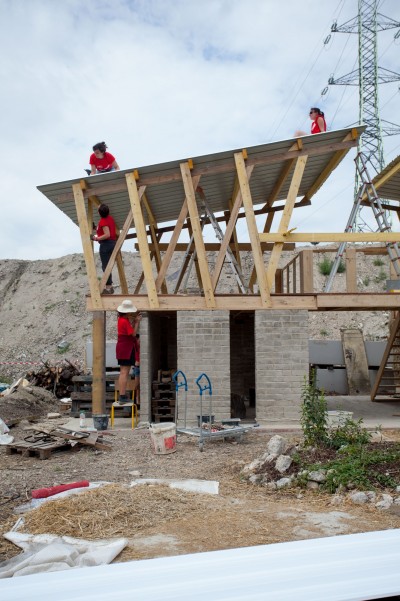 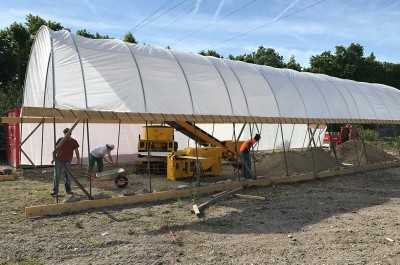 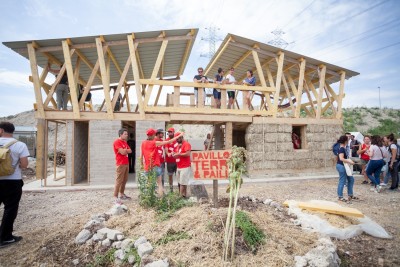 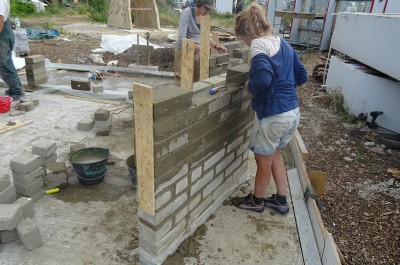 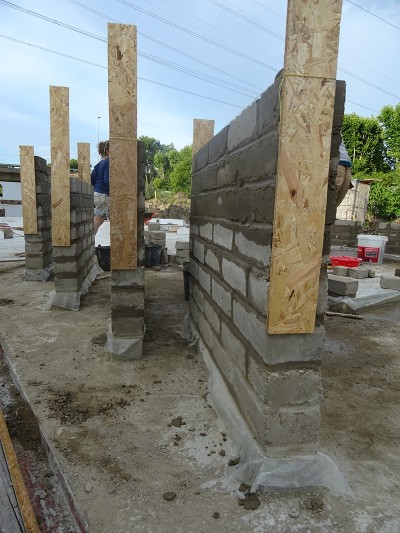