MIEL IN PARIS “Honey in Paris” has a simple goal: to insert bees into the urban space to help the Parisian ecosystem prosper.

“Honey in Paris” has a simple goal: to insert bees into the urban space to help the Parisian ecosystem prosper.

" Honey in Paris” has a simple goal: to insert bees into the urban space to help the Parisian ecosystem prosper. To make Paris greener, we must give primacy to the role of animals and especially insects. Bees alone ensure the reproduction of more than 80% of the world’s plant species. By collecting pollen from flowers, they transport the stamens (the male organs) to the pistil (the female organ). Pollination is a fundamental component of our biodiversity, and bees are essential to the reproduction process of a large number of plant species worth up to 3 billion euros a year in France alone. Despite their importance, we have witnessed a sharp increase in bee fatalities in the last few years. This rate has soared from 5 to 30% in the last twenty years in France. This phenomenon is called “Colony Collapse Disorder.”

How can we green Grand Paris and sustainably preserve these species that are so essential for the balance of our ecosystems?

Miel Factory has partnered with the architects Silteplait Group to develop a prototype for urban beehives. The goal is to create an educational project involving the city, its architecture and bees as a way to help sustain biodiversity and save bees in the metropolis. Like a community garden, the hives will be managed by local community associations that will receive support from the Miel Factory team to generate a savoir-faire that will become typical of Paris. This will create a collaborative network of private citizens and professionals working in tandem with the City of Paris.

The hive will work like a system of Russian nesting dolls built around a steel structure of elliptical circles, somewhat like wine barrels. Its body will consist of the nest, the colony’s primary habitat. Supple wood planks will be placed over this frame in circles that reproduce its elliptical shape. This core functions as an internal skin that provides light insulation and protects the habitat against climatic variations. The swarm will have an easy time developing in this lightweight, supple structure. The exterior envelope preserves the well known shape of a beehive so common in biology, from pinecones to pineapples and tortoises. A series of scales will be attached to the steel frame. These thin, wooden surfaces protect the internal organ of the hive from bad weather and potentially hostile, winged predators. The object is suspended from a post using a pulley system, a new kind of eco-lamppost, if you will, that directly addresses the problems involved in maintaining the structure and collecting its raw material: honey. "

Silteplait Group
The work of the 10 architects that make up this firm extends from fine art to urban planning, passing by way of object design and theoretical research. By working with forms, colors, space, and sensory perceptions, they lend an oneiric touch to their projects. They met each new challenge by marrying a lyrical approach with innovative research into materials and structures. This initiation into their dream world has already taken various rich forms, such as their furniture exhibited at Paris Design Week or their temporary installation for the Shyriaevo Biennial. Their theoretical and practical research is anchored in Paris but extends across the globe with the aim of comparing how urban logics face contemporary challenges and thus constantly questioning the nature of territory.


Miel Factory
A lover of nature, mountains and the ocean, Rémi Porthault traveled to the four corners of the planet to discover the honey produced in the most varied of territories and the savoir-faire of beekeepers. Upon returning to his native Burgundy, he decided to assemble his discoveries to share them more effectively. He opened the shop Miel Factory in 2016 in the heart of Paris, followed by the e-shop miel-factory.com. He works with his daughter Ombline to promote a local cultivation accessible to everyone and respectful of nature and insects. They consider honey to be a universal product and they view Paris as a territory whose potential has not yet been sufficiently explored, and which could yield a great diversity of high-quality honeys. 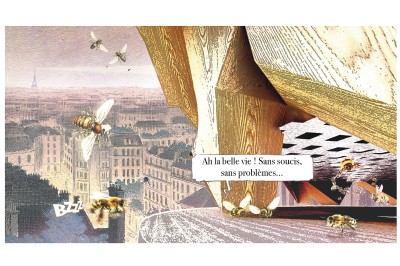 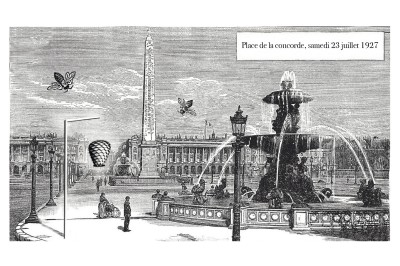 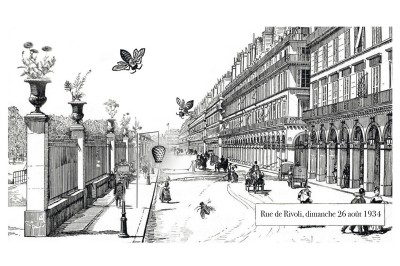