For FAIRE, it is important to know Paris, not only its historic monuments, but also its DNA, its evolutions, its history, its diversity, its projects, etc.... How can Paris be presented globally with a dynamic, attractive, accessible media?

For over more than a century, the Parisian subway has become a symbol of the capital, both in its capacity to link the districts of this contrasted city but also by conveying a powerful collective image through its aesthetics. The "Wagon-Mouche" is a project to transform one of subway Line 6 trains, which travel between the Etoile and Nation stops. On its route, the subway crosses boulevard after boulevard, district after district, century after century.

This projects offers an architectural epic in which the train takes a route more adapted to suburban dilletance: video-projectors bring the curved tunnel walls to life to explain the surrounding scenery. The train’s ceiling is sporadically perforated to provide for instance a view of the Great Lady between Passy and Bir Hakeim. Mirrors cover the train’s walls, creating a never-ending reflection of the City of Lights.

The "Wagon-Mouche" addresses Parisians with a thirst for urbanism, tourists wanting to observe a 13-kilometre section of the capital or those curious for an alternative to their daily route. The advantage of the Line 6 lies in its 45% outdoor tracks, with thirteen of its twenty-eight stations being outdoors. Two passages cross the Seine using magnificent viaducts. This outdoor route offers up impressive points of view on some of the city’s most important urban landscapes. From the Bir-Hakeim bridge, we distinguish the Eiffel Tower dominating the Seine, the Palais de Chaillot, the Saint Augustin church bell tower, the top of the glass Grand Palais roof, the Montparnasse Tower, the dome of the Invalides and Montmartre on the horizon on one side, on the other, the Maison de Radio France, the île aux Cygnes and the Beaugrenelle district. Then, before the Cambronne station, we get a glimpse of the dome of the Invalides, before seeing it more fully near the Sèvres-Lecourbe station, where we can see the Breteuil avenue on Invalides before diving back into an underground passage. It resurfaces at St Jacques, the passengers of this train can contemplate graphics projected onto the tunnel detailing these monuments and announcing what’s coming up next. Later along this outdoor route, the modern towers at Place d’Italie, Ministry of Finance and Paris-Bercy sports centre and the François-Mitterrand library and in the distance the chevet of Notre-Dame...

The "S'il te plait Group" is a group of young architects and Parisian students who aim to promote a sensitive, interactive and qualitative approach to architecture. By working on shape, colour, space and the different senses, they are attempting to provide a dreamlike answer to contemporary situations they invest. This invitation to dream has already come to life in rich and diverse forms, through performances, exhibitions, competitions for ideas or the reorganization of commercial spaces... 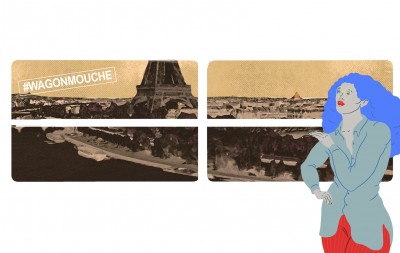 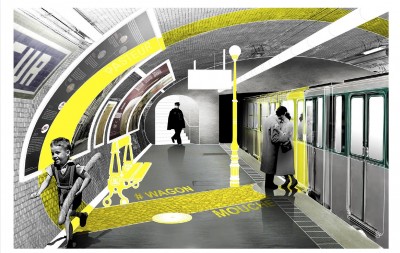 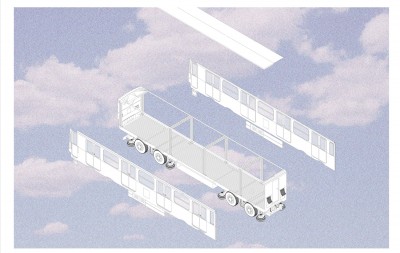 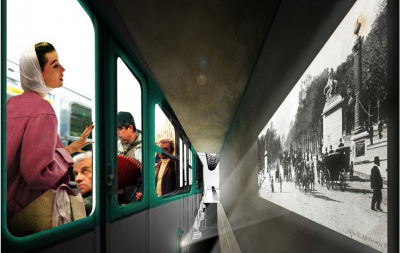 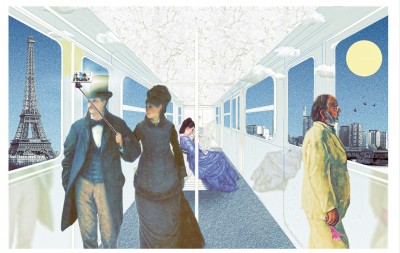