IDDDEA The group’s proposal aims at establishing a group of reflection, research and development around the application of new technologies in architecture. Their current research into large scale 3D concrete printing should firstly lead to the creation of short-term prototype manufacturing then complete architectural production.

The group’s proposal aims at establishing a group of reflection, research and development around the application of new technologies in architecture. Their current research into large scale 3D concrete printing should firstly lead to the creation of short-term prototype manufacturing then complete architectural production.

XtreeE and C.P.A.P wish to address current architectural and urban issues through the constitution of this group, its experimental production and the longer-term projects that are related.

The group takes people from many disciplines: architecture, art, civil and environmental engineering, material sciences and robotics. They are hoping to gather as many complementary people as possible, to participate in a project about architectural applications of 3D printing in large scale concrete. The multi disciplinary team is still looking to recruit innovative production team members to build innovative designs.

They will first of all be producing two different prototypes:
·  The first is a multifunction wall with everything required built in to constitute the outer skin of a building (structure, thermic and phonic insulation, circuitry, waterproofing, final skin, etc...). This will showcase 3D printing capacities and the various technologies involved in producing innovative functions in a building.
·  The second prototype will be based on a detailed analysis of a complex urban site, using a 3D scan. This will enable them to propose an architectural installation for the site, to a high and formerly inaccessible degree of precision, to showcase the new technological possibilities available for building on complex sites.

The group’s project is composed of two propositions for prototypes and a conference on the subject of 3D printing in architecture, in addition to various research carried out by the group. They want above all to remain flexible in their proposition, to be able to adapt to potential partners’ wishes to explore the uses of 3D printing in urbanism and architecture and the social dynamics connected with them.

The agency "Christian Pottgiesser Architectures Possibles" (C.P.A.P) was established in 2005 by Pascale and Christian Pottgiesser. The diversity of their activities ranges from small scale housing, tertiary constructions and landscaping to larger scale rural and urban conception and design. Their widely published work has met international critical success for the last 20 years.

The agency has received a dozen awards, among which two from the Royal Institute of British Architects (R.I.B.A) in 2012, the Archinovo prize in 2013 and the nomination for the European Union Crumbs van der Rohe Prize for Contemporary Architecture in 2013. They also have shown their work on many occasions, for example at the 15th edition of the Architecture Biennial at Venice (Reporting from the Front); the 14th edition of the same (Fundamentals 2014), of Buenos Aires (14th edition, 2013) or of Madrid (Francia diseña hoy in 2012). In addition, certain projects have appeared at exhibitions at the Pavillon de l’Arsenal à Paris. C.P.A.P. also regularly collaborates with artists, for example in the production of la Promesse de l’Ecran with Pierre Leguillon (CAPC Museum of Contemporary Art of Bordeaux, 2008; Georges Pompidou Centre, 2009; and more recently in 2015 at the Wiels de Bruxelles).

XtreeE’s aim is to develop the technologies that will put quality construction techniques in the reach of everyone:
·  In developing integrated, connected, mixed-material, large-format 3d printing systems (using concrete, clay, polymers, metal, industrial side-products, etc), which will allow production of large scale elements for use in construction, architecture and design.
·  Constructors and pre-fab makers will be able to design and produce and deliver large, complex elements rapidly, keeping costs down.
·  More widely, integrating physical and digital solutions to answer key strategic needs in the construction industry. 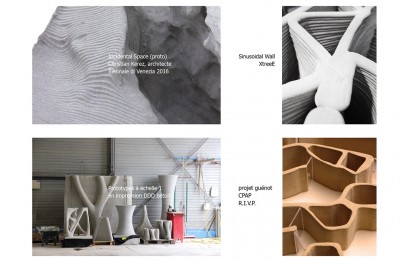 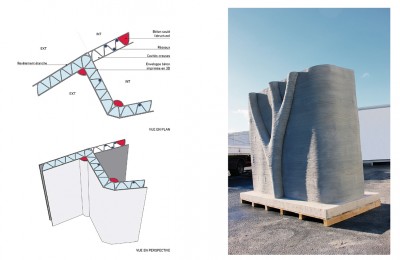 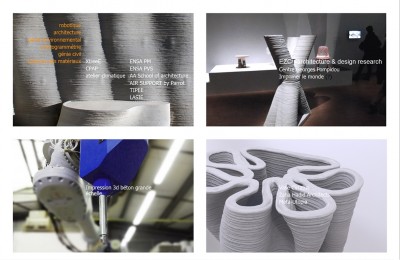 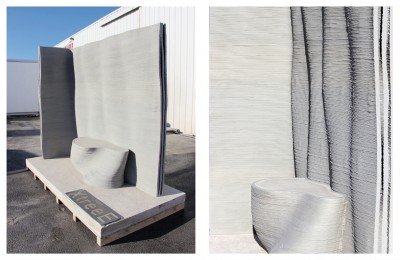 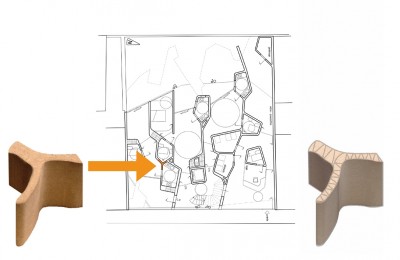